UMPCs and 2GB of Memory 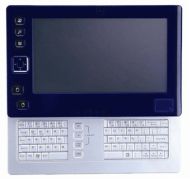 jkOnTheRun has put together an article discussing 2GB Memory upgrades to UMPCs: What works, what doesn’t work.

He mentioned that the Origami Project has an active discussion going on about 2GB SODIMMs being tried out in UMPCs (most are single-slot), as well his original experiences in upgrading the Samsung Q1P.

It’s proven to be a bust with the first generation UMPCs, most of which don’t support SODIMMS bigger than 1GB, due to chipset limitations.

This entry was posted in ASUS, Gigabyte, Samsung, UMPC. Bookmark the permalink.

One Response to UMPCs and 2GB of Memory