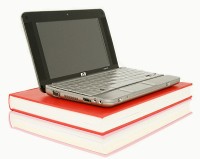 A quick round-up of HP 2133 Mini-Note PC news, since a lot of information came out today.

Some of the HP pages allow you to add one of the models to your cart, however you are unable to check out at this point.

There appears to be a model that could be the $850 model that was referred to as “regional”. We have no information beyond that. It’s listed at the bottom of this page.

Whether these will end up at your local Best Buy or other such retailers remains to be seen. Given that HP intends for one of the markets to include students, chances are they will try and sell these through visible retailers (and given that the low-end model is the one they recommend for students, the $499 model, it could very well end up somewhere like a Target or other such retailer).

The following models look to be the final models/numbers and price for the retail market, although it is subject to change. These Amazon listings are similar to other retail listings and match up with HP’s website. Note: The prices at Amazon are inaccurate as of today – Amazon will probably adjust those in the next few days: