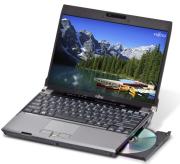 If you were wondering why your Fujitsu LifeBook P80180 was seeing a fairly rapid drain in battery life while it was hibernating (where your laptop writes everything to the hard drive and then powers everything else off – should be using little to no power whatosever), or at least the battery life when you turned it back on/resumed didn’t seem right, there are a couple of things you can do.

Craig over at GearBits called Fujitsu tech support and even went through the trouble of getting the systemboard replaced by Fujitsu before he tracked it down on his own.

Turns out it’s a couple of toggles set inside of Windows XP and the BIOS involving the ethernet port that was causing the problems.

Chances are this could be affecting other laptops (not just Fujitu’s) so you may want to head over to GearBits and read up on it.