A few weeks ago, I posted some photos of Asus Eee PCs on display at a Best Buy. Last week, I happened to see a full display for 8.9″ Asus Eee PCs at Target. There were a couple of display models (non-functioning) along with a couple of actual boxed Eee PCs.

There was a nice display explaining just what netbooks could be used for. There were also several accessories – mouse, cases, etc.

I didn’t take a close-up of any of the cases / sleeves, because I thought they would be easy to find at Belkin’s website, but they aren’t. There were some sleeves called “Belkin Mini Laptop Carrying Case”. There were several different styles. They could be the ones on Belkin’s site that are listed either for Dell Inspiron Minis or for the 7″ Eee PCs. I plan on going back and picking one up, because after looking online, there is some debate over just what they are capable of holding.

Keep in mind this was an end-cap, that is it was at the end of an aisle, and it was actually at the end facing a major walking area in the electronics / movies department and not at the back of the store.

That’s a good sign that Target expects them to sell well, and Target is carrying a large selection of Eee PCs and accessories at their online store. There were only Linux models, but it’s a start.

Included are some images below (click “Read More” if you don’t see them).

Apologies for the quality of the photos, they were from an iPhone. 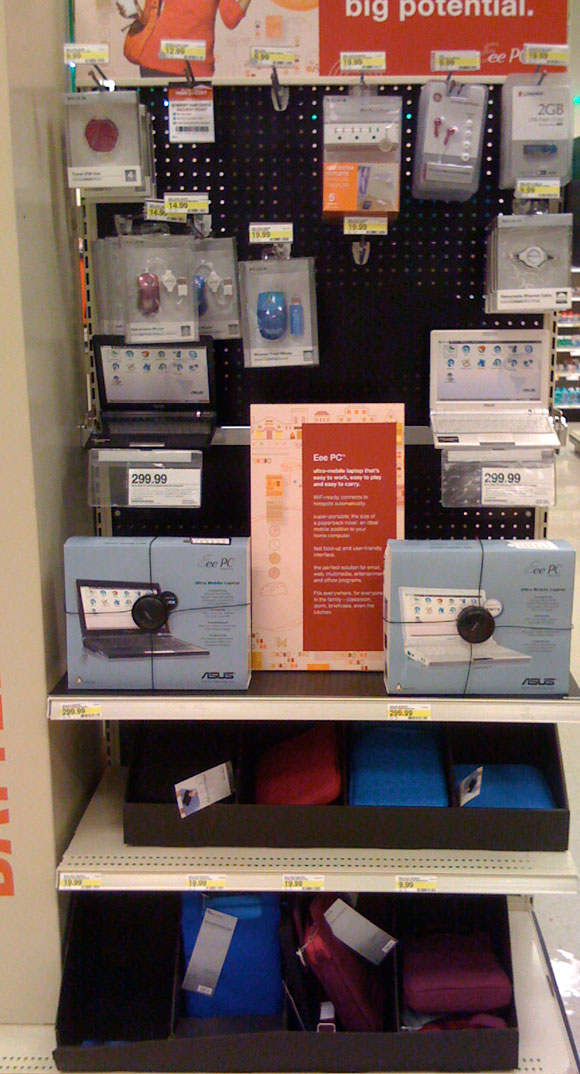 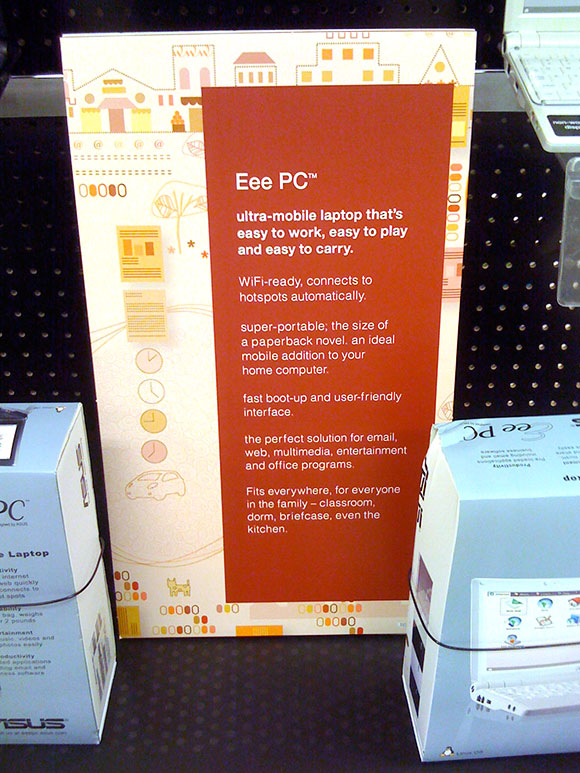 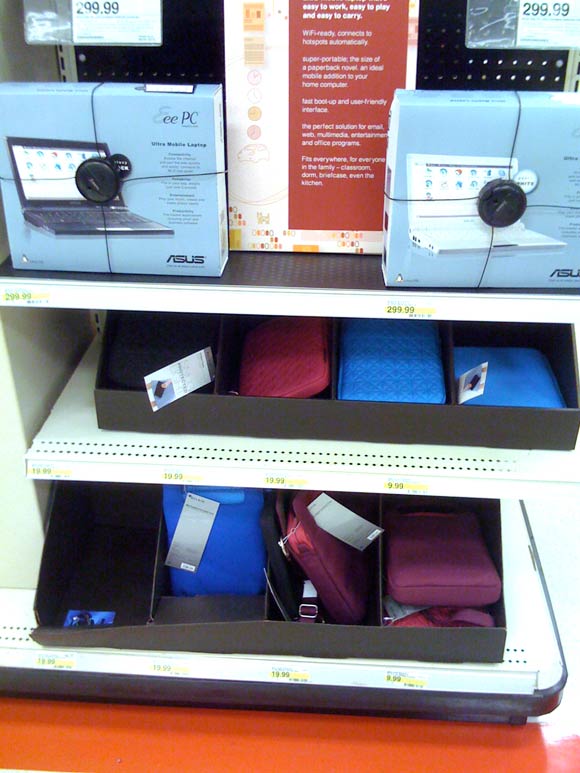