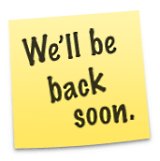 It’s that time again – the Apple Store is down.

Macrumors has a good roundup of the various rumors and leaks. Nothing too exciting for ultraportable enthusiasts, but here’s a quick recap:

As far as iPhone Nano – I think at some point Apple will release a “budget” iPhone – they’ve already passed up Windows Mobile in the smartphone segment, it makes sense for them to target the rest of the market. Right now doesn’t feel like the right time for that.

Some kind of consumer-oriented home server (similar to what Microsoft has done with Windows Home Server) seems very possible, given that we are reaching a point where people are wanting to keep various devices in sync and to backup mobile devices. The demand is obviously there, and such a device could build upon Apple’s Time Machine backup software (and HP has rolled out a WHS-based system that handles Time Machine as well).

This is Apple’s last Macworld, so they may very well decide to surprise everybody, but I think if they had any major consumer-oriented products that were in production before now, they would have tried to get them out during the holidays.

Apple Insider also has quite a few articles concerning the event.

Correction: the keynote starts at 9am PST, 11am CST