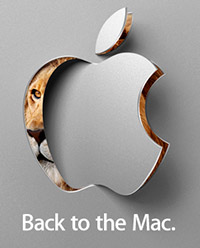 Today is potentially a big day for ultraportable fans who are looking for something smaller than the 13″ MacBook Air from Apple.

AppleInsider has all but confirmed that there will be a new MacBook Air, along with a new version of iLife – iLife ’11. Back in September, the rumors were fast and furious over the speculation of an 11.6-inch MacBook Air and through a slip-up with the official Apple.com forums, it looks like it’s been officially confirmed. The invitations show a Lion in the background, so it’s a given that we’ll hear about Mac OS X 10.7 Lion as well.

There have been a lot of leaks over the past few months, and between AppleInsider and Engadget, here are the best guesses for an 11.6-inch MacBook Air ultraportable:

I am wondering why they wouldn’t offer something a little more powerful such as an Intel Core i3, however the Core line is not in the MacBooks or 13-inch MacBook Pro, and it could be a matter of size and chipset issues.

There are also rumors of some kind of “instant-on” capabilities, similar to some manufacturers rolling out laptops with Windows, but having a secondary OS setup with Linux to allow you to do basic things (email, browse the web, etc.). It would be interesting if Apple offered this capability with Mac OS X 10.7, rather than what PC makers are doing with basically Linux and Windows on the same drive.

I’ll be live-blogging the event, but if you want to watch it yourself, and you are on a Mac and have Safari loaded, you can view it through Events.Apple.com.