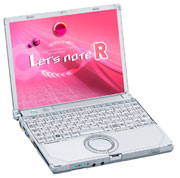 The Jet Black Edition of the Panasonic R6 is starting to show up (or rather will be).

The Panasonic R6 Jet Black is a true ultraportable laptop, weighing in at just barely over 2 pounds (no internal optical drive) and it has a 10.4″ 1024×768 LCD display. They are powered by Intel Core 2 Duo U7500 Ultra Low Voltage (ULV) CPUs running at 1.06GHz, with 1GB of memory, and running Microsoft Windows Vista (XP Editions of the other R6 models are available as well as the Jet Black edition, at least within Japan). Combine all of that and you end up with a 7.5 hour battery life.

Akihabara News has several great photos of the Jet Black edition of the popular R6. It’s produced for the Japanese market, however is imported elsewhere in the world (see GeekStuff4U and Dynamism below for more information). 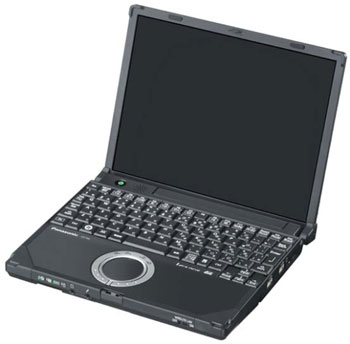 Dynamism.com is also carrying it with a ship date of August.

This entry was posted in Announcements, Panasonic. Bookmark the permalink.