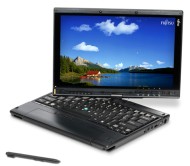 Fujitsu has announced that for an additional $200, you can have a 3G/HSUPA radio installed as an option when you buy a U810 or a T2010. It will drop down to EDGE/GPRS when a full-speed connection is not available.

The 3G/EDGE/GPRS wireless broadband connection should work in more than 145 countries.