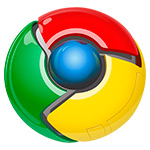 Engadget believes an Intel-Atom powered netbook running Google Chrome OS, and branded by Google will be released next Tuesday, December 7, 2010. Multiple sources have told Engadget to expect a Google Chrome OS device to be released then. Google has sent out official invitations to the media for a Chrome event on December 7 in San Francisco.

The “launch” is going to be more of a publicity launch than anything – Engadget’s sources believe it’s going to be a very limited production run (65,000), and not for the public market. Apparently the OS is still in beta and not polished.

It’s been right around a year and a half since it was announced. Originally it was slated for a release by the fall of this year, but back in November Google said it would not be until early 2011.

Google Chrome OS is based on Linux and the entire focus of the OS is centered around internet/web applications. The OS will even look like Google’s Chrome browser. Performance should be very good, even on low-end hardward, since there isn’t a lot to the OS – everything will be based on using the internet. The OS itself will be stripped down, and that should ensure good performance, even on single-core netbooks. The OS will be designed to take up as little of the display as possible, leaving more room for web browsing, online document editing (Google Docs), and other intended uses, which will be especially helpful on the lower resolution display (1024×600, etc.).